Ian is the President of South Bay Lacrosse Club and serves as the Director of all boys programming. Although a California native, Ian spent the majority of his upbringing in northern Virginia where he attended Chantilly High School.  A two sport athlete in lacrosse and football, Ian went on to become a high school US Lacrosse All-American, All-Metropolitan and 2008 state champion. After graduation, he attended Towson University (NCAA - DI) where he was a four-year midfielder. As a senior, he led the team in faceoff win percentage, ground balls and was voted the 2012 Towson University Strength and Conditioning Male Athlete of the Year. Ian participated in the 2013 LXM Pro Tour. Ian previously coached at Palos Verdes High School where they won the 2014 and 2015 CIF Los Angeles Championship. He was voted the 2014 CIF Los Angeles Assistant Coach of the Year. Additionally, Ian was the varsity head coach at Notre Dame High School in Sherman Oaks for three seasons including the inaugural season in 2016. Professionally, Ian works as a construction manager and sales. 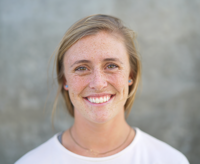 Maddy is the Vice President  of South Bay Lacrosse Club and serves as Director of all girls programming. After growing up in Central New York,  Maddy attended Duke University. During her time as a Blue Devil, Maddy was a 3 year starter on midfield. She is one of 22 players in program history to top the 100-point mark in her career; concluding her career ranked 21st all-time at Duke in goals (76) tied for 22nd in assists (24) leading her team to a trip to the national semifinals in 2011. Maddy was selected to the All-ACC second team as a senior (2014). Additionally, Maddy was a four-year member of the ACC Academic Honor Roll and three-time All-ACC Academic Team selection. After graduation Morrissey stayed in the area to be a volunteer assistant at Elon University, before moving to Manhattan Beach in Fall 2015.  As a full-time lacrosse coach, her most notable involvement has been as an assistant coach at Marlborough All-Girl's high school for three season; she has coached the LA Women's Developmental National Team the past two Springs; and was recently an assistant coach for the Under Armour All-American West Coast Team. Maddy has recently been named the varsity assistant coach at Mira Costa High School in Manhattan Beach, CA. 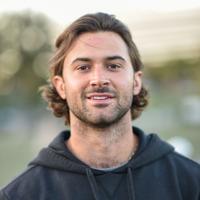 Rob, a native to Baltimore, MD, attended Calvert Hall College High School. During his time in the program, the Cardinals were ranked #2 Nationally where he was selected to both the Under Armor and Adidas All-American teams as a midfielder. Rob went on to attend Towson University (NCAA - DI) where he was elected team captain, winning a CAA Championship in 2013. In 2012, Rob was selected to the USA U19 Men’s Lacrosse Team and was elected co-captain by his peers. Rob helped lead Team USA to the 2012 U19 World Championship earning a gold medal. Since graduating, Rob has coached at Calvert Hall and worked in lacrosse player development at Got Skillz Lacrosse in Baltimore. For the past two years, Rob has trained athletes ranging in age from 7-18 including numerous current Division I standouts. Most recently, Rob has coached at Notre Dame High School in Sherman Oaks from 2016 - 2018. Professionally, Rob is an actor/model in addition to personal training at Triton Gym in Redondo Beach, Ca.

Thomas is from Cohasset, Massachusetts where he attended Cohasset High School. As a three sport athlete for the Skippers, he letter in lacrosse (x4), football (x3) and wrestling (x3). As a lacrosse player, Thomas was a two time US Lacrosse All-American, Player of the Year, three time all league and two time Boston Globe All-Scholastic award winner. Additionally, he won a state championship in wrestling as a senior. After attending Deerfield Academy in 2012, Thomas attended Bucknell University (NCAA - DI). As a member of the Bison lacrosse team, Thomas started all four years earning first team All-Patriot League honors twice (second team once) as a midfielder and was voted team captain as a senior. Thomas graduated with 93 career points and set a team record for shots attempted while not missing a game in his career. Professionally, Thomas is the owner/operator of Bones Surf Co. - a custom surfboard design and manufacturing company.

Marshall, a Michigan native, graduated from Orchard Lake’s Saint Mary’s Prep in 2003. While at Orchard Lake, he was a three sport athlete in lacrosse, football and cross country. Later, Marshall attended Arizona State University (MCLA). As an attackman, he helped lead the Sun Devils to a #4 National ranking. Marshall worked as the lacrosse program director at Camp Pontiac. Additionally, Marshall was instrumental in building the lacrosse program at Howell High School where he coached varsity in 2005. Marshall is currently a sales director at Randstad Technologies.

Ripley, hailing from Upper Arlington, Ohio, played collegiately at the University of Vermont (NCAA - DI). In 2004, Ripley was named team captain. In the same year, he was awarded All-Academic American East, the University of Vermont Hustle Award Winner and was selected to the NEILA All-Star Game.  After his senior season, Ripley was selected by the Chicago Machine in 2005 and was invited to both the Philadelphia Wings and Boston Blazers NLL training camps. Since then, Ripley has been a head coach at Rice High School in Burlington, Vermont, an assistant at St. Andrews High School in Florida (2007 State champions) as well as an assistant at South Burlington High School (2012 Vermont State champions). Ripley is currently a media sales director at Dealer.com.

Adam is a Virginia native where he attended Westfield High School. While serving as a team captain, Adam earned first team All-District and All-Region attackman honors his senior season. Adam led his team in points. After graduation, Dahms elected to attend Essex Community College. At Essex , Adam earned All-Maryland JUCO First Team and first team All-American awards tallying 46 goals and 15 assists for the Knights winning the 2010 Regional Championship. His JUCO successes landed him an opportunity to transfer to Stony Brooks University (NCAA - DI) where he played for two seasons as a midfielder. Professionally, Adam is a sales and marketing specialist for String King Lacrosse.

Christian is a Pennsylvania native where he grew up in the suburbs of Philadelphia. After high school, Christian went on to enjoy a successful career at the University of Arizona (MCLA) before transferring to Cabrini College (NCAA - DIII). Christian played midfield for the Cavaliers until graduating in 2012 with a degree in elementary education. Since graduating, Christian has coached both at the high school and youth levels. Christian currently teaches physical education and is the Athletic Director at St. Lawrence Martyr in Redondo Beach.

Are you interested in becoming an SBLC coach? We are looking for individuals that not only have an understanding of the game, but believe in making it fun and engaging for our players. SBLC coaches are required to bring excitement and enthusiasm to each session aiming to pull the best out of our players. Email us at info@southbaylax.com for further coaching information.